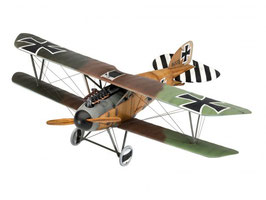 The Ju88 was the most versatile German fighter in World War II. With the Ju 88A model replica of the Albatros D.III. The Albatros fighters were among the most famous and successful fighters of the 1st World War. The first examples of the type D.III were deployed on the western front in early 1917.